10-storey building in Diyarbakır was quarantined


In the Fabrika District of the Central Kayapınar district, 8 people living in a 10-storey building on a 6-block site with 264 flats had complaints of nausea and high fever. As a result of the test, corona virus was detected in 8 people.

According to the decision taken by the District Hygiene Board, the building was quarantined. Security tape has been placed around the building. Police teams also started to keep watch in front of the building. 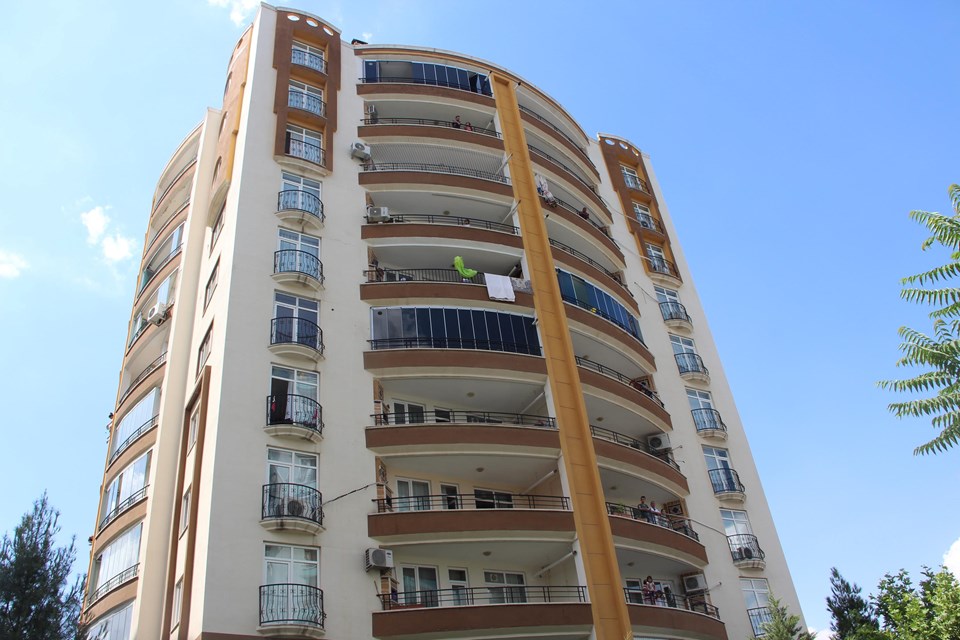 Delta variant was detected in the test performed in Tunceli HC (64) and his Iraqi wife EAFA (40), who came to his hometown from Iraq for a holiday. 50 passengers on the bus they traveled with the couple were quarantined. In addition, a 10-storey building in Diyarbakır was quarantined.

HC living in Tunceli, and his Iraqi national wife EAFA, came to Tunceli to spend their holidays, first by plane to Istanbul, from there by bus to Erzincan, and then to Aktik Village in the Pülümür district of Tunceli.

Feeling resentment in their bodies, the couple applied to Tunceli State Hospital. The Delta variant was detected in the sample taken from the couple and the driver who took them to the hospital.

Thereupon, the teams affiliated to the Health Directorate started a large-scale filiation study. A total of 52 people, including the couple and the person sitting next to them on the plane and the passengers on the bus, were quarantined at home. It was learned that since the couple lived in a single household outside the village, the village was not quarantined and their health condition was not serious.

Making a statement on the subject, Tunceli Health Director Çağdaş Özdemir emphasized the importance of the vaccine against the epidemic and said, “A man from Tunceli, named HC, and his wife, an Iraqi citizen woman, named EAFA, who came to our city from Iraq, applied to our hospital. Delta variant was detected in both of the samples, and they were in their homes for 20 days. People with whom he was in contact during his plane and bus travels were also identified.

50 people were quarantined as a precaution. They are currently in good health. The most important element for the epidemic is the vaccine. That’s why we invite our people to get vaccinated. Double-dose vaccine, mask and 2 meters distance are important to prevent the spread of the delta variant.