The seriously ill became 392 thousand, the number of people recovering from the Covid-19 treatment / quarantine of 15 thousand 516 people increased to 2 million 701 thousand 76.

According to the data released yesterday; After a long search in Turkey number of cases per day It passed 15 thousand.

The number of daily tests increased to 150 thousand 98, 841 of 15 thousand 82 cases consisted of patients showing symptoms. On the other hand, the increase in the number of serious patients continued as well. 350 seriously ill patients are under treatment in hospitals. 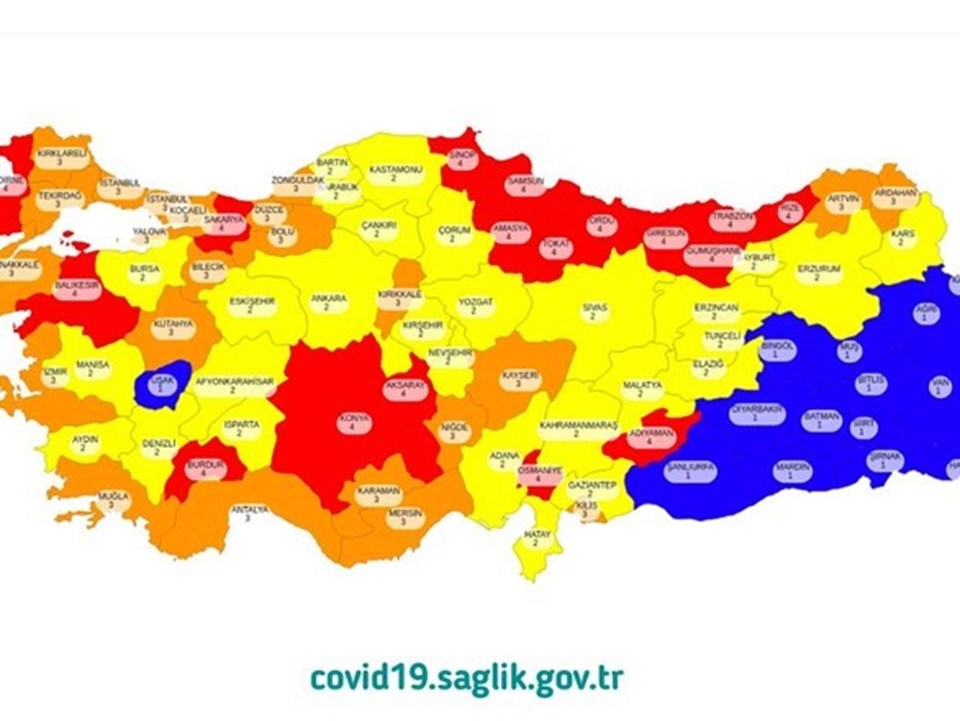 TURKEY’S ‘COLOR’ WILL BE ANNOUNCED

On the other hand; the risk map will be updated at the beginning of the week. New restrictions will return in provinces with increased number and risk. Eyes are critical to be held on Monday cabin at the meeting …

With the first map announced, 81 provinces were divided into 4 color groups as low, medium, high and very high risk.

WHY HAS THE CASES INCREASED 63 PERCENT IN A MONTH?