Corona virus Ankara Provincial Directorate of Health, which was established to inform the citizens about the disease and to direct them correctly within the scope of combating the epidemic. Coronavirus Call Center24 hours service is provided in.

With the decrease in the number of cases towards the end of February, the number of calls, which decreased to 200 per day, is more than 6 thousand these days. In the center, a total of 250 thousand calls have been answered since January.

“CALLS INCREASED WITH THE CASES”

Ankara Provincial Health Directorate Call Center Responsible Dr. Deniz Çakmak stated that the number of calls has increased a lot in the last period, “Our calls have increased with the increase in cases. As of 2021, we have received 250 thousand calls so far. We received a total of 50 thousand calls in the last month, in March. This month has increased a little more. February. “If we compare the daily calls received at the end of the month with the current incoming calls, there is a 30-fold increase. These days, we receive around 6-7 thousand calls per day,” he said. 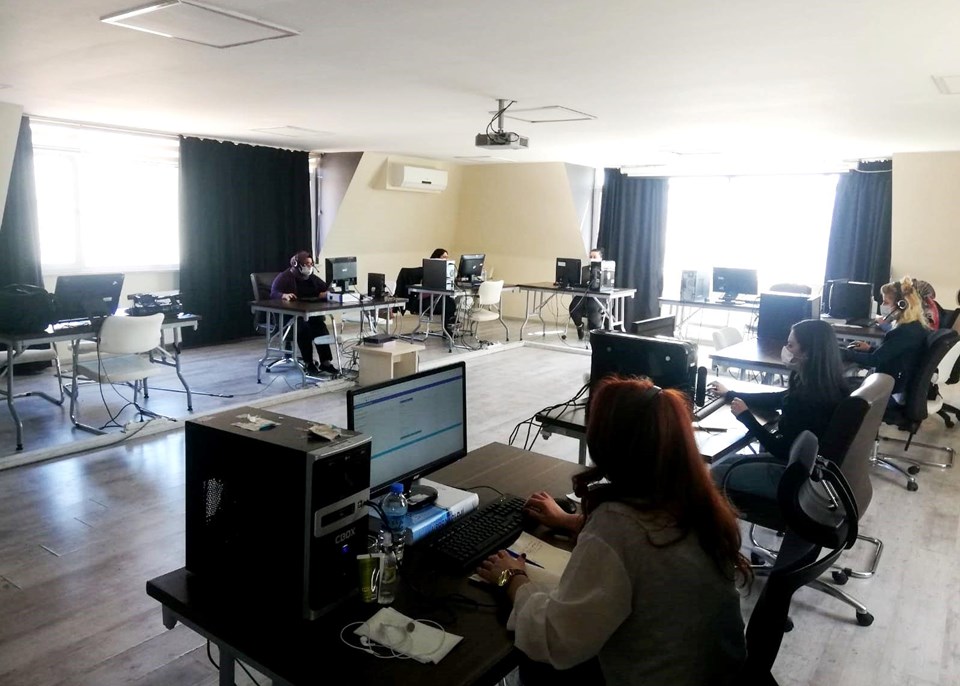 Cakmak, stating that there are many citizens who call themselves in panic, said, “If the symptoms of the cases worsen, they call this place in the first place and ask what to do. We evaluate the situation and if it is urgent, we carry out the referral.”

“REMOVE MY INSULATION, THE TEST IS WRONG”

Dr. Çakmak also stated that they encountered interesting calls, “They are looking for people who want to be added to the contact group or leave the contact group. Reports are coming about the workplaces; ‘There is a positive case at work, there is contact here. but there are denunciations such as wandering outside or accepting guests to his house. ” Remove my isolation, I will get on the plane. ” Or people seeking claims such as ‘Remove my isolation, I am not sick, the test was done wrong’. “We do not act immediately according to the statement on the phone. We inform the citizen about this. We tell the right thing. And we do what is necessary” he said.

“I WILL SEED MY SHEETS”

Dr. Çakmak noted that they received very interesting calls from the rural areas, “Generally, the citizens in isolation at home have requests to go to different places. There are people who call from the rural areas; ‘I will go to graze my sheep’, ‘My dogs are thirsty, I will walk them’, ‘Let me go, I will go out’ In addition, our citizens are calling about the vaccine. They ask which vaccine should be made. They ask where they will get it done. We have citizens who are looking for side effects after vaccination. We provide them with the necessary information, “he said.