The Ministry of Health according to covid19.saglik.gov.t’s released on the map of Turkey in the address data, the last 3 weeks Covidien-19 the number of cases of the population compared to most that provincial rankings in Trabzon contained in the first five provinces virus with funeral prayers and condolence visits Upon detection of spreading, prayers were limited to 30 people.

Authorities warned citizens about this issue, stating that the virus spread more in homes where they gathered for condolence.

Despite all the warnings of the authorities, the funerals and condolences that are effective in the spread of the virus in the region continue to participate. Approximately 100 people attended the funeral of a deceased person in the city and made a condolence visit. 40 people who attended the condolence were diagnosed with covid-19 a week later. 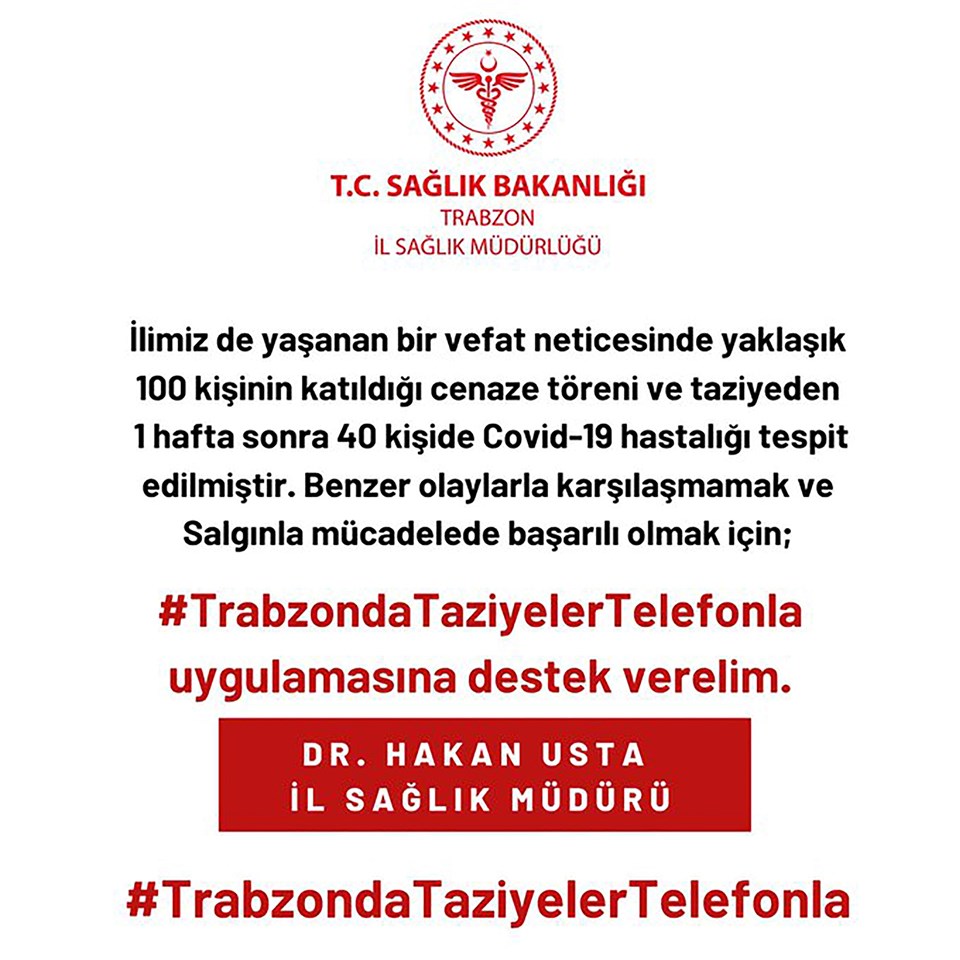 Trabzon Provincial Health Director Dr. Hakan Usta shared his social media account, “As a result of a death in our province, about 100 people attended the funeral and 1 week after the funeral and condolence, 40 people were found to have Covid-19 disease. In order not to encounter similar events and to be successful in the fight against the epidemic, condolences in Trabzon were shared by phone”.