During the pandemic, as one of the most important pandemic hospitals, Istanbul University-Cerrahpaşa Medical Faculty Hospital, where thousands of Covid-19 cases were treated, stated that they experienced a serious increase in the application rates with suspicion of Covid-19. Dr. Sait Gönen said, “The evaluation of the province by province is extremely correct. But there are deficiencies in the implementation. One of them is that a city that is red on the risk map is yellow next to a province with fewer cases and the HES code query is not made between them. There should be control in the transitions.” .

“THERE IS 30 PERCENT INCREASE”

“MUNICIPALITIES SHOULD BE MORE LETTER TO LAYING A TABLE OUTDOOR”

Stating that since March 2020, when the epidemic started, they have performed more than 180 thousand tests in their centers and 21 thousand of the tests have been positive. Dr. Gönen gave the following information:

“This corresponds to a rate of 11 percent. In other words, our test positivity rate is around 11 percent throughout the pandemic. Although it has been around 5 percent for the last 45 days, I think it has a potential to increase in the coming days. Because there is a significant increase in the first applications now and when we look across Istanbul. We know that there is a significant increase in other hospitals as well. For other provinces, also for Istanbul, there must be control in the passages. Also, the municipalities should be a little more tolerant in the limitation of cafes and restaurants to set outdoor tables. People can spend more time outdoors. . “ 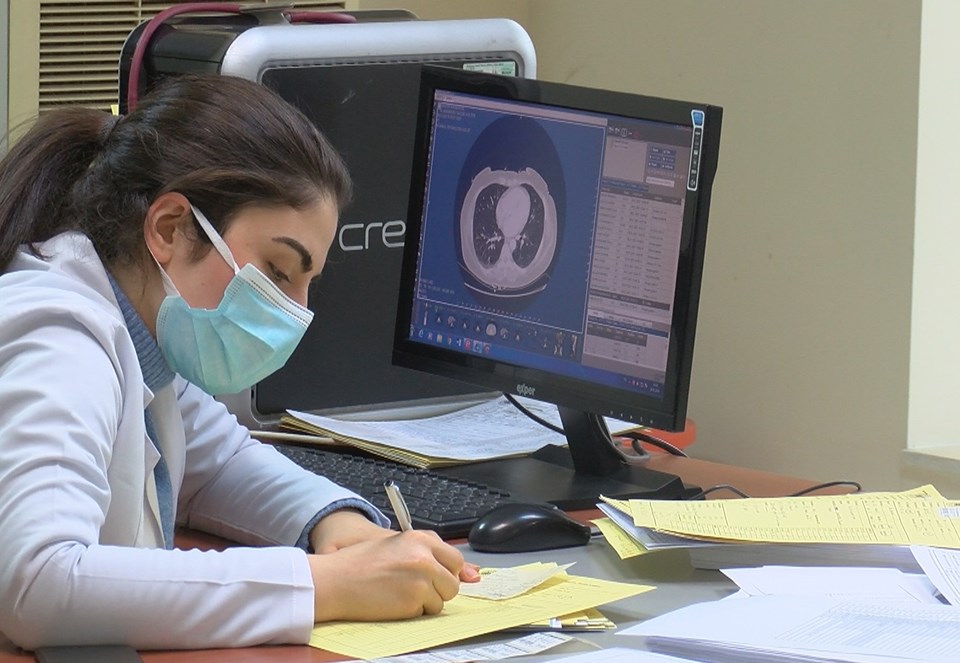 “ATTENTION TO THE DISTANCE EVEN AT HOME”

Emphasizing that restrictions cannot continue, Prof. Dr. Gönen said, “Our people should not perceive the epidemic as over when liberalization begins,” continued his words as follows:

“In any case, our citizens need to adapt more carefully to physical distance, masks and hygiene rules. We will not be successful in combating this epidemic, otherwise, it is very important to ventilate the indoor environment well. If necessary, attention should be paid to the physical distance even at home. We have always said that vaccination is the light visible at the end of the tunnel. In our country, more than 10 million people, especially the risk group above 65 years of age, have been vaccinated. I think this is a great advantage. But until the herd immunity is achieved, everyone must follow these measures more. “

Pointing out that it will not be possible to achieve a result by constantly closing restaurants and cafes, Prof. Dr. Gönen said, “These people have already suffered economically for 1 year. Closing them constantly is not a solution. But the owners of the venue should pay more attention to the rules than anyone else. In this, the warning and control mechanisms should definitely work well,” he said.

“WE WILL PASS THE THIRD WAVE LIGHTER”

Stating that in March last year, when the epidemic started, everyone who tested positive in panic because there was a new disease for everyone, Prof. Dr. Gönen also emphasized that there are differences between the first two waves and this last peak in these days when the third wave started all over the world.

Prof. Dr. Gönen ended his words with the following warnings:

“We have a little more information about the disease now. Compared to the first wave, the second half of September sounded like the second wave Tsunami we experienced in October-November. There were much more Covid-positive cases than in the first wave. The positivity rate in the tests found 30 percent. Most of the patients were treated without hospitalization and sent to their homes. Only those with poor general condition were hospitalized. Our intensive care unit was completely full at that time. Is the third wave coming now? Yes, but I do not expect a process as severe as the first two waves. It is also an advantage to spend more time outdoors, summer ahead. But this should not make anyone complacent. Currently, there is a serious increase in European countries, despite the vaccination. Test positivity rates have not increased in our hospital yet, but from other centers in Istanbul. We hear that there is a serious increase in the rate of positivity in the information. it seriously runs the meats, but everything will result in us obeying these rules. ”