Citizens over 60 years old (How to make an appointment via MHRS?) For Covid-19 vaccination


Health Minister Fahrettin Koca, in his post on the social networking site Twitter, stated that citizens over the age of 60 and their spouses, as well as some risk groups, were included in the vaccination program.

Minister Koca, in his post, said, “We are moving to the new group in the vaccination program. Citizens, whose vaccines are defined in the system, will be able to get their vaccinations by making an appointment with their spouses. In addition, some risk groups were included in the program. Are in the risk group morbid obez, malignant tumor the one cancer and dialysis patients, Down syndrome citizens and those receiving immuno-suppressive treatment were defined in the system to be a priority vaccine. We want to protect our most risky citizens as soon as possible ”.

HOW TO MAKE AN APPOINTMENT?

Citizens who are in turn within the scope of the vaccination program and meet the criteria, e-Pulse through the system “Question the Covid-19 vaccine statusYou can easily learn this under the “tab or leave a space between them. AŞI can learn the vaccine eligibility status by sending a text message to 2023, the last 4 digits of the TR ID Number and the Turkish ID Serial Number.

After this stage, the vaccine consent form can be accessed both from e-Nabız and via text messages. If the citizen is in the vaccine group, the vaccination appointment; Via e-Nabız Central Physician Appointment System ”by connecting neither (MHRS) or MHRS mobile applicationsusing and ALO182 He can get by calling his line.

All appointment information is available both in e-Nabız and in the text message sent to the mobile phones of the citizens. 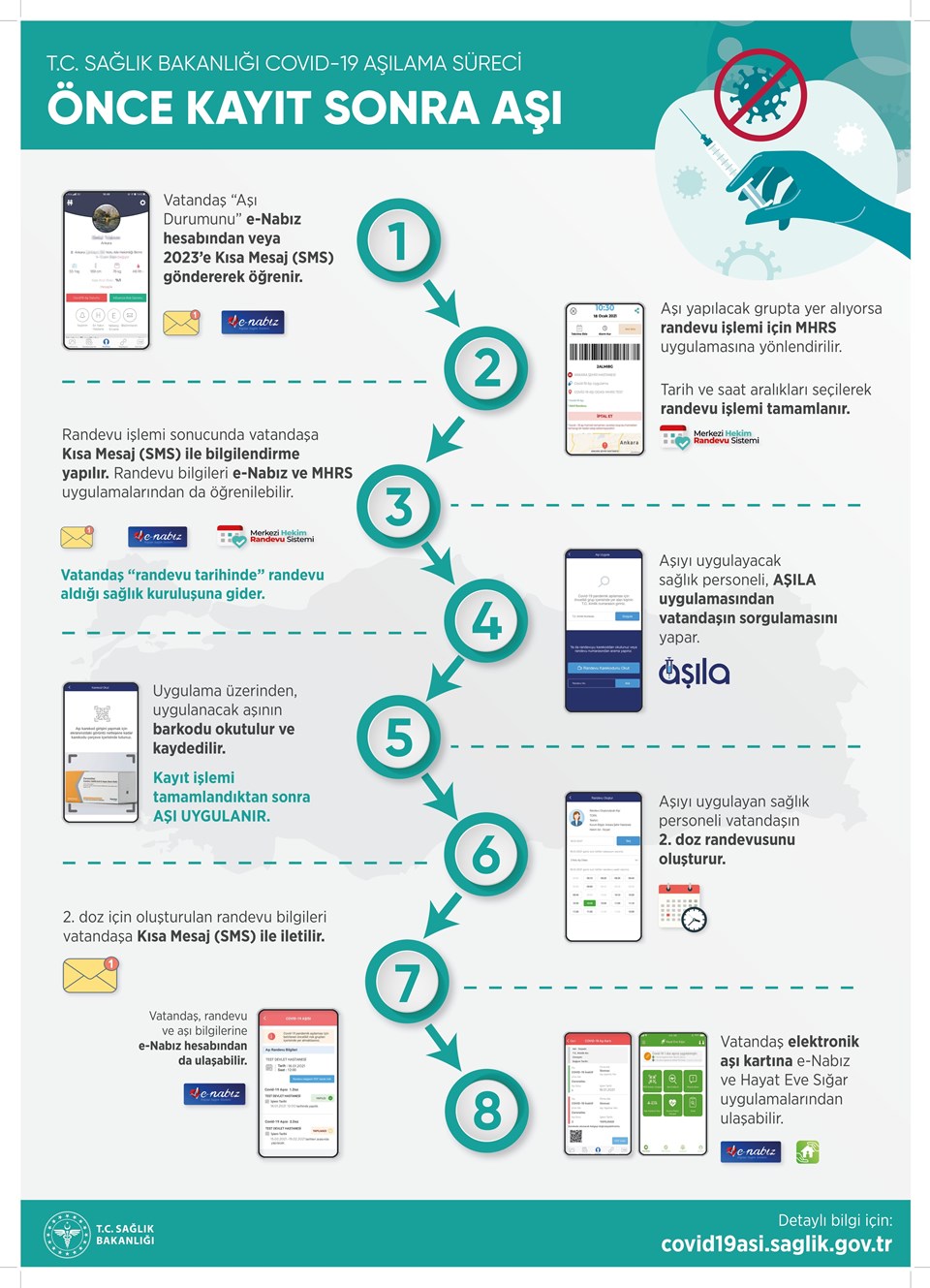 FOCUS: WHAT IS EFFECTIVENESS AND EFFICACY IN VACCINES?