Corona virus caught for the second time in 5 months


Kemal Tekin (50), married and father of 3 children, working as the transportation supervisor at Kayseri Tekden Hospital, caught the corona virus about 5 months ago. Tekin, who was in quarantine at home for 10 days, returned to his duty after regaining his health.

“THERE WERE NO SERIOUS SYMPTOMS WHEN I FIRST CAPTURED”

Tekin, who has been treated for 6 days, stated that he had the first virus 5 months ago and did not have very serious symptoms, “I was infected with the disease only with a headache. I stayed in quarantine at home for 10 days. I learned that the new virus seen in me is a British mutant. I came to the hospital and I am receiving inpatient treatment with the decision of doctor Tahir. My treatment continues in the hospital for 10 days, 4 days at home. Serum and drug therapy are applied, “he said. 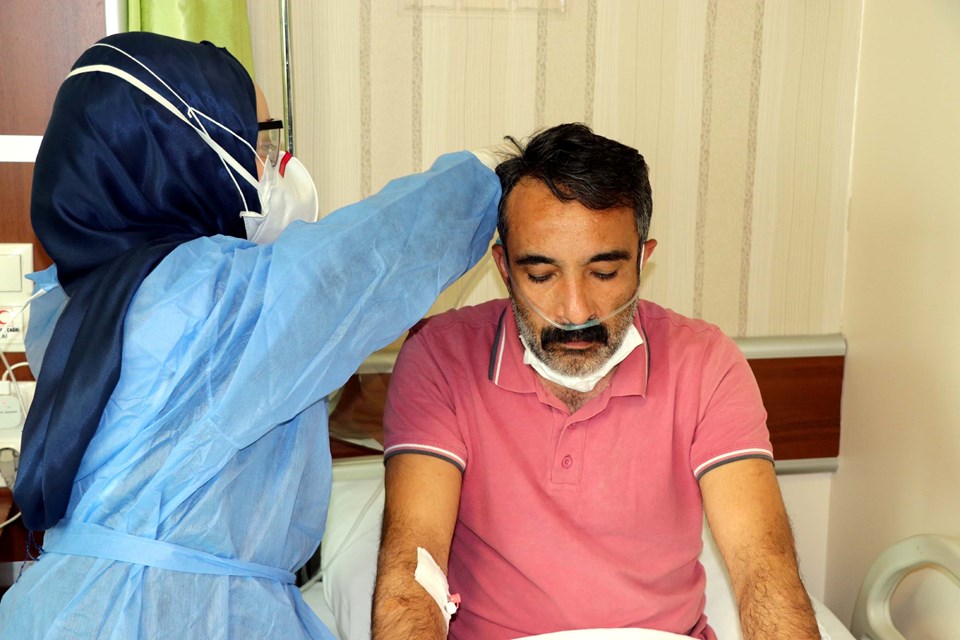 “I WOULD NOT EXPECT TO BE CAPTURED THE SECOND TIME”

Tekin also stated that he was surprised that he got the disease for the second time and said, “I did not expect to get the virus for the second time, but we got caught. I feel better now than before. The symptoms I complained about disappeared. It took a long time to leave the body because it was the British mutation. It will take time for me to return. Our citizens should definitely follow the measures announced by the ministry. There is a difference between the first virus and the second virus that I caught. While the first virus was very comfortable, the second virus shook me. I have stinging on my back. I thank you, “he said.

Internal Diseases Specialist Doctor Tahir Tahiroğlu said, “Our patient had corona virus disease 5 months ago. At that time, the patient did not have to go to bed and was taken under control at home. The current virus is a little heavier. There is a moderate involvement in the lung. For this reason, we were hospitalized. It is 10 days. “The virus seen for the second time in our patient is known as the British variant. Our patient is now in better condition. We will be discharged in a few days.”

Dr. Tahiroğlu also warned the citizens about the disease, saying, “Having a corona virus or being vaccinated is a little protective against the disease, but not 100 percent. There are some of our own employees and our patients who are sick again. Some of them are lighter and some are more severe. Of course, we will be vaccinated. We will follow the precautions announced by the Ministry. It is absolutely not correct to say that I overcome the disease, I have the vaccine.