Curiosities about the third dose of vaccine – Health News


After the Scientific Committee meeting on Wednesday, Minister of Health Fahrettin Koca said, “We decided that it would be beneficial for people over 50 years old and our healthcare professionals to receive a third dose of vaccine, regardless of which vaccine they use. Our citizens over the age of 50 and healthcare workers who have been vaccinated for two doses and our healthcare professionals will receive the third dose of the vaccine they want from tomorrow. they will be able to make an appointment to receive their dose vaccines”. 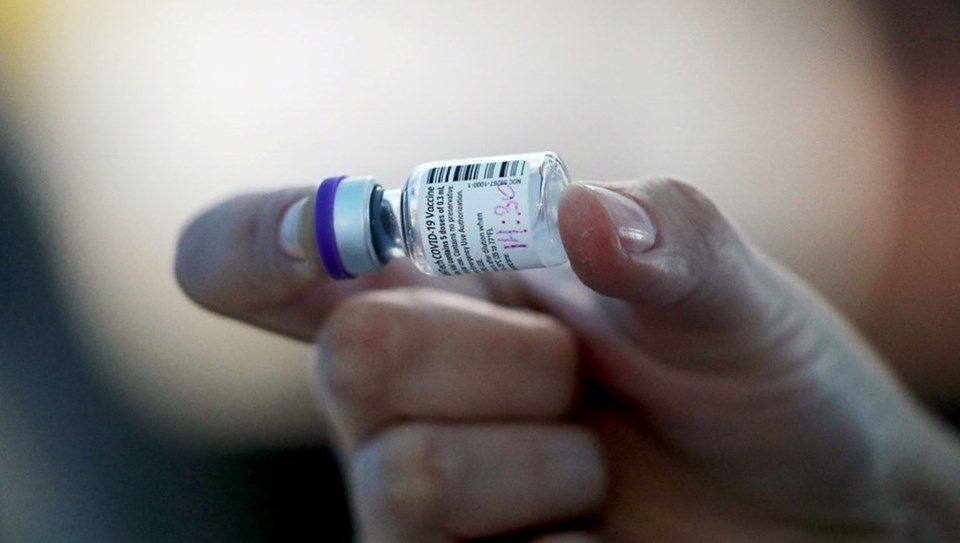 WHY WAS A DECISION MADE?

In fact, before the Minister of Health’s statement, the Turkish Medical Association (TTB) had called for the third dose of “mRNA vaccine” to be administered to both healthcare workers and people over the age of 65 who were vaccinated with CoronaVac produced in China.

The rationale behind this call of the TTB was the scientific evaluations that the CoronaVac vaccine, which Turkey primarily uses for vaccination, has a low effect against the Delta variant, which is known to be more contagious and is spreading rapidly in the world.

The Delta variant, now seen in over 80 countries, is estimated to be up to 60 percent more contagious. Moreover, this variant is known to break the protection rates of vaccines.

Answering the questions of DW Turkish, TTB Covid-19 Monitoring Board Member Prof. Dr. Kayıhan Pala said, “Lastly, studies conducted in Indonesia and Hong Kong showed that the CoronaVac vaccine is low-effective against the Delta variant. In the light of this information, we, as TTB, made the following call to the Ministry of Health: One dose of BionTech/ “Let a research be designed to apply the Pfizer vaccine, and a policy should be followed according to the results of this.” 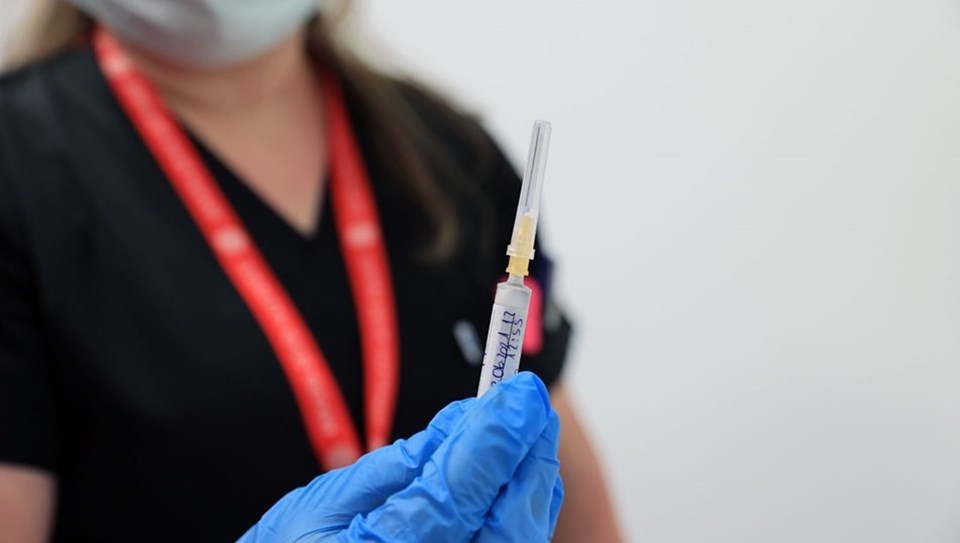 In Indonesia, which Pala also mentioned and where the Delta variant was stated to be dominant, news that at least 10 of the 26 doctors who lost their lives due to COVID-19 had two doses of CoronaVac vaccine was reflected in the press. It is estimated that more than 500 health workers have contracted the disease in the last two weeks in Java, one of the most populated regions of the country. These were all people who had received two doses of the CoronaVac vaccine.

prof. Dr. According to Kayıhan Pala, these findings that the CoronaVac vaccine showed low efficacy against the fast-spreading Delta variant prompted the ministry to change its vaccine strategy.

IS THERE ANY OTHER COUNTRY WHERE THE THIRD DOSE VACCINE IS GRANTED?

At the beginning of the epidemic, the Gulf countries Bahrain and the United Arab Emirates (UAE), which started to vaccinate their people with the Chinese company Sinopharm, gave the green light for the third dose of the vaccine in May.

In Bahrain, the priority category for the third dose includes those over 60 years of age, those with certain chronic diseases and healthcare workers. These people are given a third dose of vaccine six months after their second dose. 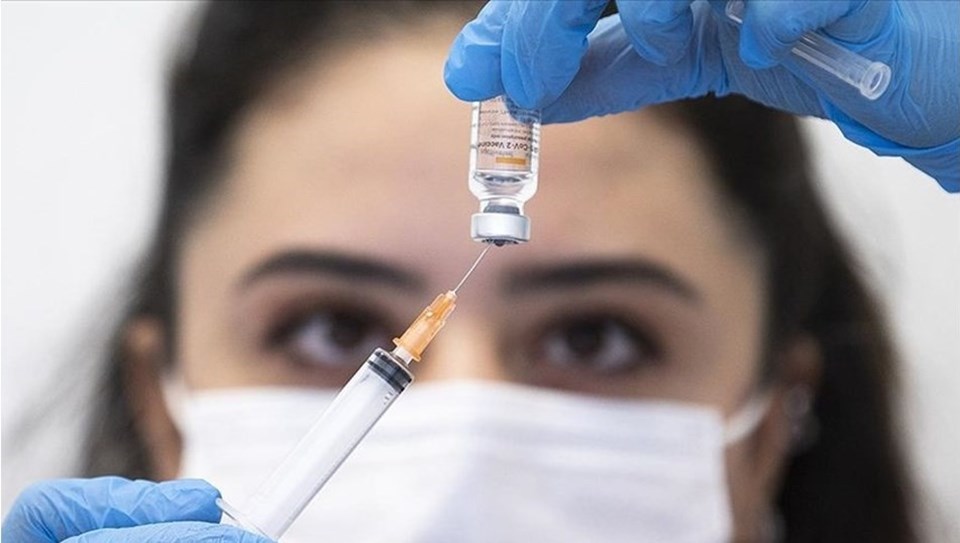 DOES THE DECISION HAVE A SCIENTIFIC BASIS?

Booster doses are used in many different vaccines. While vaccines such as measles and hepatitis provide lifelong immunity, it is known that some vaccines, such as polio flu or tetanus, need a booster dose to maintain immunity.

Although studies on how much immunity the vaccines produced against COVID-19 provide, there is no definitive assessment of the duration of protection of the vaccines yet. However, the predictions of scientists at this stage are that those who have two doses of vaccine may need a booster dose.

There are studies that have been done and still continue on this subject. For example, the ongoing Cov-Boost study at Southampton University Hospital in England is looking at the effect of a third dose by mixing different vaccines.

Gazi University Faculty of Medicine Department of Infectious Diseases and Clinical Microbiology Head Prof. Dr. Esin Davutoğlu Şenol, in her evaluation to DW Turkish, said, “The protection period of inactivated vaccines is short, and the antibody levels are not very high. It is similar to the antibody level when we have a natural infection. But it may not protect against these variants. Therefore, the known supplement with the mRna vaccine, which is known to be better protective. We wanted content,” he said.

prof. Dr. Şenol especially emphasized that “there is no harm” in giving three doses of vaccine. 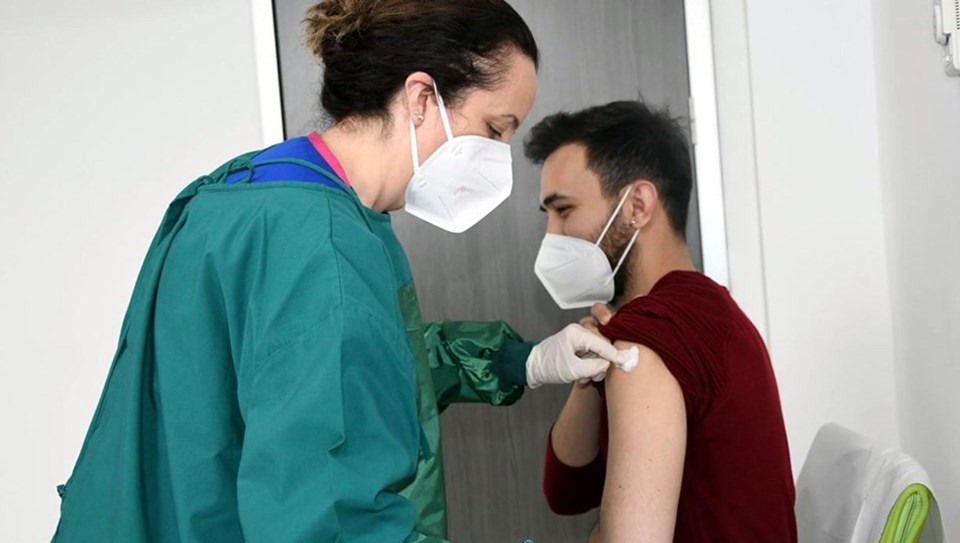 CAN DIFFERENT VACCINES BE APPLIED IN THE THIRD DOSAGE?

There is no study on the protective effect of the combination of two vaccines, BionTech/Pfizer and CoronaVac, used in vaccination in Turkey. However, studies on the use of different vaccines in vaccination have been done before. In studies conducted in Germany and England, it was determined that the combined application of AstraZeneca and BioNTech/Pfizer vaccines strengthened immunity more.

Prof. from Ankara University Faculty of Medicine, Department of Public Health. Dr. Tuğrul Erbaydar said, “We do not have any field information about the third dose. We do not have data on the third dose regarding CoronaVac. But we know that the Biontech/Pfizer vaccine is effective when crossed with different vaccines. Therefore, we recommend BionTech/Pfizer to the group over 50 years old.” he said.

prof. Dr. The reason why Erbaydar recommends BionTech/Pfizer to the over 50 age group for the third dose of vaccine is the scientific studies showing that the vaccine is nearly 90 percent effective against the Delta variant.

There is no scientific study published in peer-reviewed journals on the protection of CoronaVac against the Delta variant yet. However, Sinovac, the manufacturer of CoronaVac, said at the beginning of June that as a result of Phase 2 studies, “the third dose of CoronaVac increased the production of antibodies up to ten times in one week and up to 15 times in two weeks.” However, the authorities said it was still early to reach a conclusion. He said they needed more work.

Experts agree that a third dose of the vaccine is not required at this stage for people over 50 and healthcare workers who are currently vaccinated with two doses of BionTech.

FEAR OF THE DELTA VARIANT IN ENGLAND