Bilen pointed out that urologists, such as physicians in many specialties, were also working in Covid-19 outpatient clinics during the epidemic.

Bilen stated that during this period, they observed that the patients experienced physical and psychological problems related to anxiety caused by the corona virus, “The psychological pressure experienced is not limited to the transmission of the disease and the fear of death, but also about infecting the disease.

Prof. Dr. Bilen emphasized that the level of anxiety and stress increased significantly during this period and said, “The anxiety and pressure experienced also affected the sexual life of people in the urological field and their sexual health was deteriorated. Covid had negative effects on sexual life as it also damaged vascular structures.”

“THE LAST HOSPITAL TO STAY AWAY”

Emphasizing that the epidemic negatively affected the access of patients to the hospital, Bilen pointed out that this caused delays in the early diagnosis and treatment process, and continued as follows:

“We can say that people stayed away from hospitals, physicians and operating theaters because of the concern of catching or transmitting diseases. In areas where there are large social groups, disease transmission is much easier, but the first place to be considered and avoided should not be the hospital. The fear of death from Covid-19 clearly overcame the fear of death from cancer. However, the highest mortality rate from corona virus reaches -13-15 percent in elderly groups. “

Prof. Dr. Bilen stated that while deaths from Covid-19 in patient groups vary between 3-8 percent, the death rate from cancer is much higher, and stated that no cancer will heal on its own, and delay in diagnosis can lead to death. 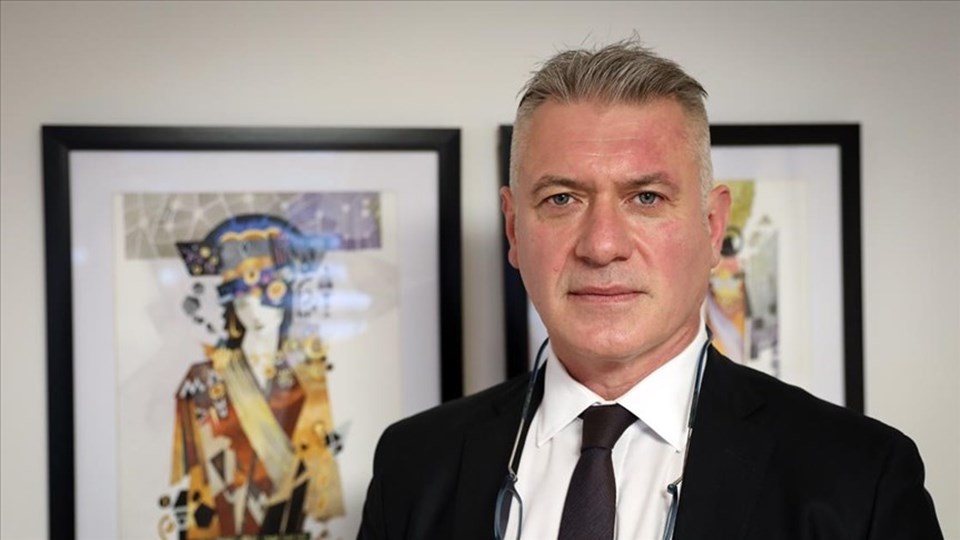 Underlining that the group at risk in hospitals is especially healthcare workers, Bilen underlined that operating rooms are safe areas and made the following warnings:

BLOOD IN URINE IS THE IMPORTANT SYMPTOM

Prof. Dr. Bilen explained that prostate cancer ranks first among urological cancer and stated that it is not a symptom, and that the disease can be diagnosed by examination, screening tests and radiological methods.

Bilen reminded that especially men over the age of 50 should have a routine examination once a year, and those with a family history from the age of 40, continued his words as follows:

“What we are concerned about is testicular cancers, which are common in young people. In this age group, when a mass develops in the testicles, you should go to the hospital.
The main concern for us is that there is blood in the urine. This is more of a symptom of bladder and kidney cancer. In this period, advanced stage diagnosis started to be seen especially in patients with bladder and kidney cancer. Because, when patients see blood in their urine, they do not care about it and may be late in applying to the hospital. Bleeding in urine is a reflection of a urological cancer until proven otherwise. A person who sees blood in his urine should consult a physician without wasting time. Of course, the presence of blood in the urine does not necessarily mean that it is cancer, but it is a condition that must be checked and the necessary tests must be done. “

Bilen pointed out that the patients can neglect this situation because the bleeding in the urine may not recur for months after it occurs, and said, “It is a one-time finding, it provides early diagnosis and saves lives. For this reason, such a situation should never be postponed. “He can wait for a second and third bleeding attack 2-3 months or even a year after encountering this. In this case, he comes to us as an advanced stage patient,” he said.

Prof. Dr. Bilen emphasized that alternative surgeries do not reduce the risk of coronavirus and that the physician is the person to choose the most appropriate surgery according to the patient’s clinical findings.

Explaining that the patients and their companions were tested for Covid-19 once or twice before being operated on, Bilen said that these people stayed in a safe closed area before and after the surgery and lived with limited contact.

Bilen, stating that all healthcare professionals are under constant control, “If the decision of surgery is made and this is stated as a necessity, this should not be postponed and should be done on the agreed date. Cancer treatment cannot be postponed absolutely.” he spoke.