After the mucilage seen in the Marmara Sea, another danger was seen in İzmir.

‘Sargassum’ type algae started to be seen on the shores of Dikili district of İzmir.

It is stated that ‘Sargassum’ type algae that started to be seen on the shores of Dikili may affect tourism. These mud-colored algae brought by the waves emit the smell of rotten eggs after they hit the shore.

Biologist Prof. Dr. Barbaros Cetin said that if measures are not taken, such as the mucilage invasion seen in the last days, the algae called ‘Sargassum’ may cause problems. prof. Dr. Çetin said, “We may encounter significant negative effects of the brown seaweed called ‘Sargassum’, which we have started to see intensively on the coasts of Dikili. It is important to determine the amount of the ‘Sargassum’ population on our coasts as soon as possible, to collect and dispose of the beached ones by local governments and to raise awareness of the local people. does,” he said.

Stating that there were great problems in Mexico in 2019, Prof. Dr. Çetin said, “The algae that emits the smell of stale eggs have caused tourists to stay away from the beaches and cancel their hotel reservations. The algae that hit the shore produce hydrogen sulfide, which rots after a while as a result of contact with the air. A caustic gas in the air that can cause everything from respiratory problems to skin rashes. “Hydrogen sulfide, which is highly acidic in water, can be toxic to swimmers. People who come into contact with or close to seaweed have reported heart palpitations, dizziness and headaches,” he said. 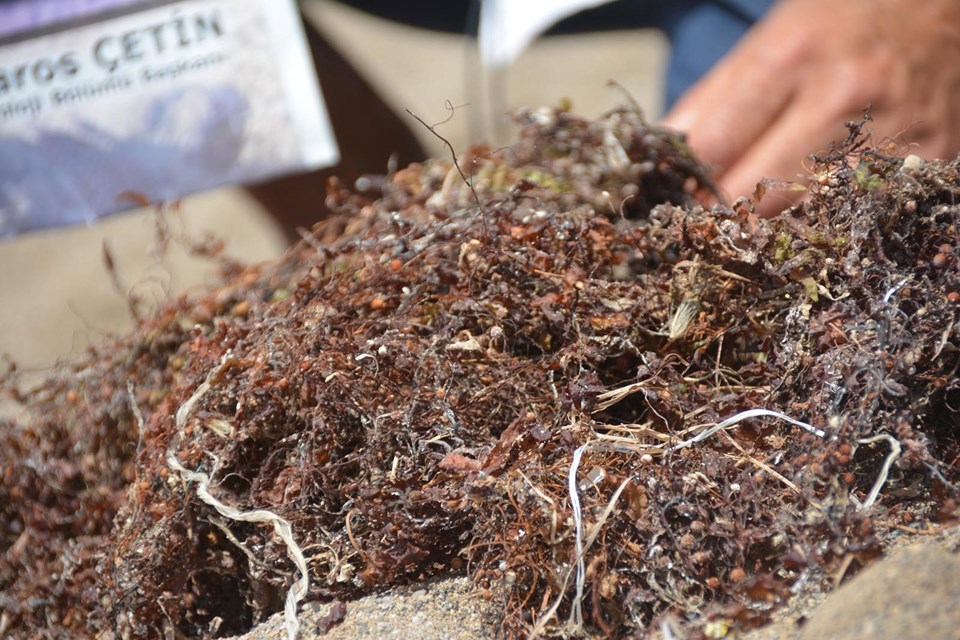 Sargassum is brown seaweed. They usually live in shallow waters and coral reefs. Distributed to tropical oceans, Sargassum are predominantly cold-water organisms that benefit from the upward uplift of nutrients.

IS SARGASSUM DANGEROUS WHAT ARE THE DAMAGES?

The algae that hit the shore produce hydrogen sulfide after a while as a result of contact with the air. It is a caustic gas in the air that can cause everything from respiratory problems to skin rashes.

Sargassum occurs as a result of overfishing, garbage, and other forms of pollution. It causes biological and ecological effects in places with sargassum. Decomposition of Sargassum consumes oxygen, creating hydrogen sulfide gas, which causes fish deaths and human health effects. Sargassum is unlikely to disappear spontaneously without human intervention.